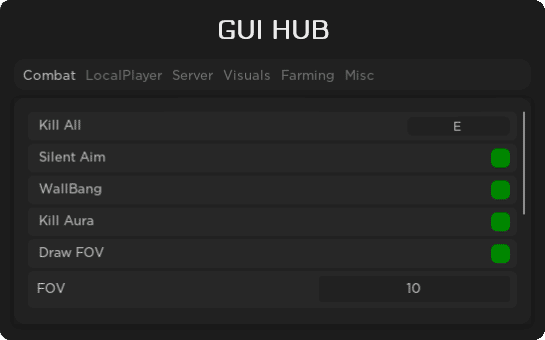 Anime Fighting Simulator borrows from several popular anime TV shows. The developers have created entertaining gameplay that has driven the game into popularity, just like the shows it borrows from. It was released in 2019 by BlockZone Studio and allows players to create their characters. Once you choose your character, you can personalize their abilities based on your preferred gameplay.

Anime Fighting Simulator lets you explore a huge map to fight rivals and try to rise through the ranks. You can also gather power and abilities that let you take over the game map. In addition, beating the game is now easier with Anime Fighting Simulator scripts. These are codes that alter the game’s performance, letting you have an advantage over other players. As a result, your character will be effective, and you can complete the game in a shorter time.

This script makes it easier to get the resources and items you need for the game. It will scan the maps and identify items you need in your inventory. It will then gather them and add them to your inventory to use them without ever running out. This will make your gameplay better, and navigating through the map and defeating foes becomes simpler.

Getting to different points in the map can get challenging as you encounter obstacles and foes on your path. This script makes it better as you can now teleport to any point on the map with ease. It lets you get to places faster, and you can beat everyone else to collecting valuable items. It will also come in handy as you escape from mob attacks, keeping you alive for longer in the game.

This script lets you equip your player with all the necessary skills for the game. You can select the right combination that will help you navigate through the map easily. This will make your character better than all others in the game, and you are sure to get more points as you play. It will also help you rise through the ranks and defeat more foes in a shorter time.

This script makes it easy to move through the map and identify foes as they hide. It lets you see and walk through walls. You no longer have to go round the obstacles on your path, which ensures you can collect items easily and complete quests in a shorter time. You can also plan your attacks better as you will spot mobs before they get closer to you.

You can now play the game with any character you want. This script ensures you never settle for any player, and you can make switches in every quest without losing game progress. It is a convenient option to have as you battle foes and explore new areas.

Will you get banned for using Anime Fighting Simulator scripts?

All the Anime Fighting Simulator scripts on our website are undetectable. This makes them reliable, and you can run them on the game without raising any suspicion from the anti-cheat software. In addition, you can easily get all the advantages they offer to your gameplay.